Winter in Rome: Trastevere for Foodies 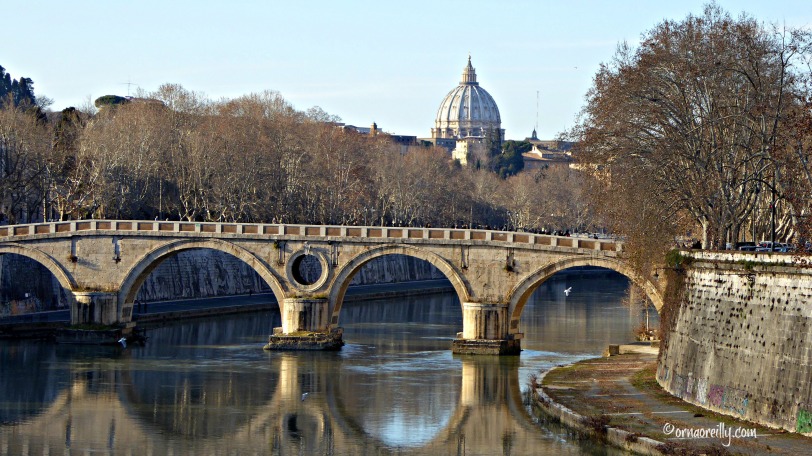 Winter in Rome! This was the theme to be explored by a group of bloggers, including me, who were enjoying a long winter weekend in The Eternal City.

This fun weekend was organised by Linda Martinez of the friendly Beehive Hostel near Termini Railway Station in Rome. One of our organised excursions was held by Eating Europe, which was to include a foodie tour of Trastevere.

Eating Europe organises food tours and cooking classes in Rome and Florence, as well as in London, Amsterdam and Prague.  Eating Europe takes groups of curious tourists on interesting day trips where they can take part in some real life experiences with the locals, which, in turn, gives them an authentic feel for whatever city they are visiting.

Trastevere is a medieval neighbourhood in Rome on the west bank of the River Tiber. Its narrow cobble-stoned streets are lined with ivy-covered artisan shops, bars and restaurants and are full of bohemian atmosphere. 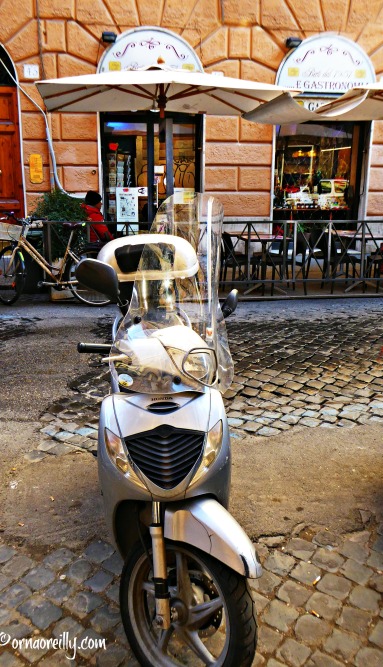 Meeting our guide, Mimmo, from Eating Europe we gathered at a lively coffee shop, Antica Caffeteria Berti, where we drank coffee and eyed the pastries longingly.

Knowing we were in for four hours of eating, and having been advised to skip breakfast, we reluctantly held ourselves in check in anticipation of our pending food tour.  Looking at the mouth-watering pastries on display, I can assure you that this required an iron will!

Mimmo was great fun and very informative. He told us that the name Trastevere means ‘across the Tiber’ and that, hundreds of years ago, it was the world’s largest Jewish ghetto. Becoming fashionable in the eighties, where artists and musicians made their homes, it became highly sought after as a place to live. This is now reflected in the high rentals paid by those who are lucky enough to live there.

Apparently, at night, Trastevere is very busy and Eating Europe holds most of its guided food tours early in the day in order to be able to get around unimpeded.

Guiding us along the cobbled streets, Mimmo kept up his rapid high-speed banter as we strolled. Arriving at a salumeria, a seller of artisan hams and cheeses, we pulled in for a look around. 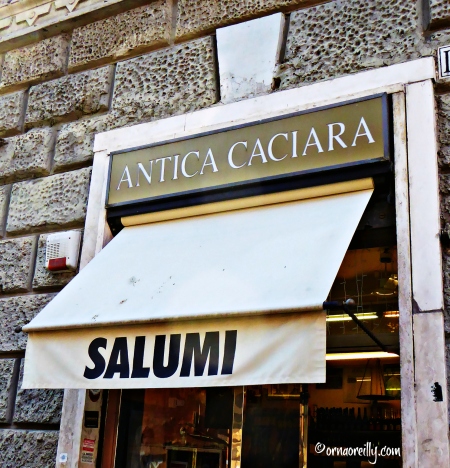 Enormous cheeses, hams and crusty loaves of bread filled the space, which was busy with local shoppers, always a good sign. 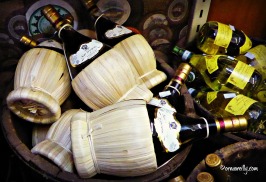 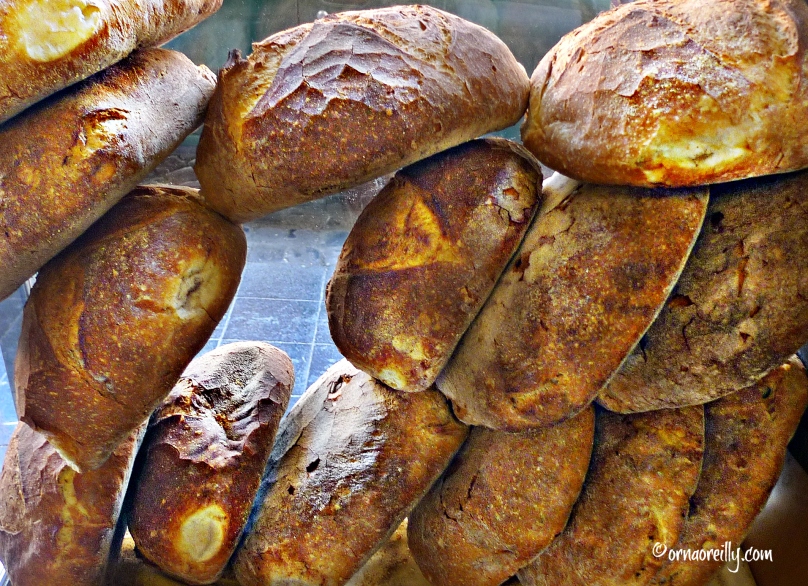 Our host Roberto offered us some cheese and prosciutto (smoked ham) to sample, followed by a plate of sun-dried tomatoes, artichokes and olives.

My verdict: delicious! This was followed by hot suppli – a typically Roman snack consisting of deep fried balls stuffed with rice and tomato sauce. Unbelievably scrumptious. 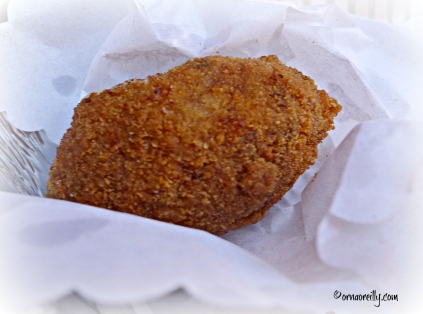 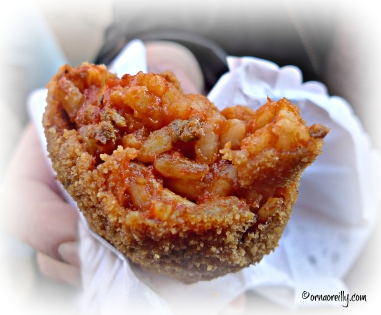 Strolling onward, we visited the colourful local market where we chatted to the friendly stallholders and marvelled at their enormous egg plants, oranges, lemons, persimmons and pumpkins. 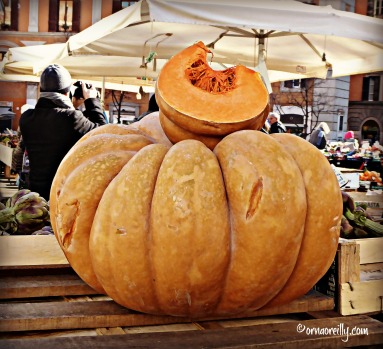 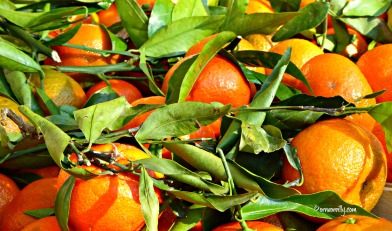 Next stop on our four hour foodie tour took us to a norcineria . The word ‘norcineria’ is derived from the town of Norcia in Umbria where – being high in the Appenines – is meat country and is the Umbrian word for ‘butcher shop’. There we got to taste Piero’s delicious porchetta (roast pork) on focaccia. I have eaten porchetta many times, but this was definitely the best ever. 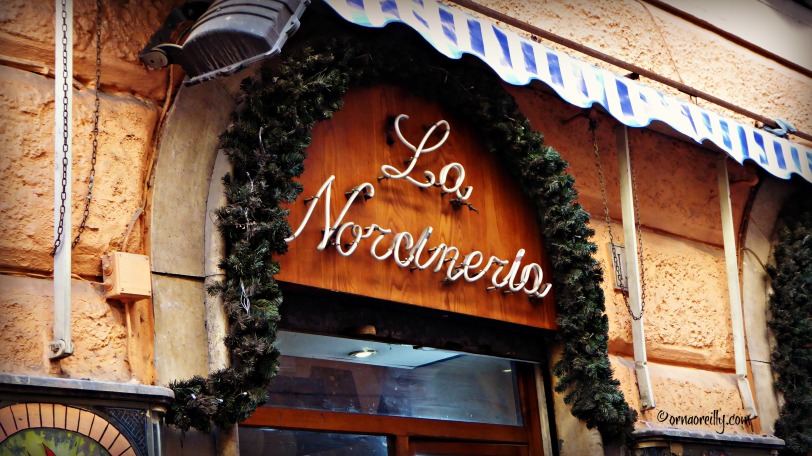 Gelato should be eaten after lunch, I think. But our next port of call was a gelateria, where we sampled some delicious ice-cream. Mine was coconut and cream and I am still dreaming about it. For the uninitiated, gelato is a particular type of Italian-style ice cream. Gelato is made with a base of milk, cream and sugar, mixed with fruit purees and other delicious ingredients.

Lunch came next in the form of two types of pasta in a restaurant that went by the name of ‘Casa Mia’ (My house). Buccatini all’Amatriciana and Cacio e Pepe which is pasta cooked ‘in bianco’ (white, no tomato sauce) and flavoured with cheese, salt and pepper. 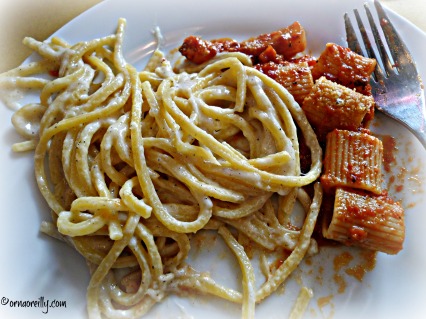 After lunch we visited a pasticceria (pastry shop) where we met Stefania and were introduced to her wonderful biscotti (biscuits/cookies). 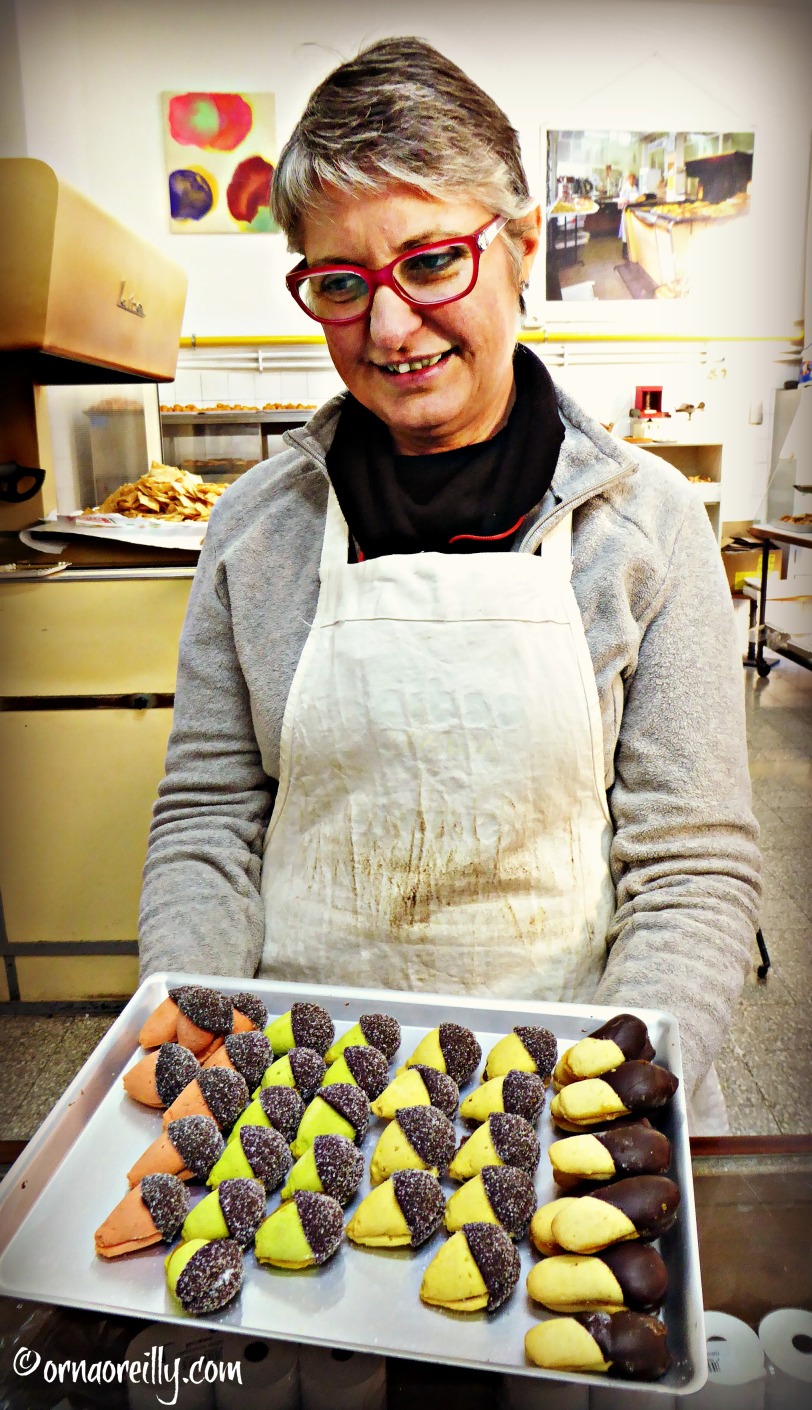 We then strolled to a wine bar called Spirito di Vino where we were shown the ancient cellars and ate crème brûlée, which, were assured, was made to its original recipe.  Eaten with a sweet passito (dessert wine) under the expert eye of host Romeo Iliana, it was the perfect culinary end to a wonderful day. 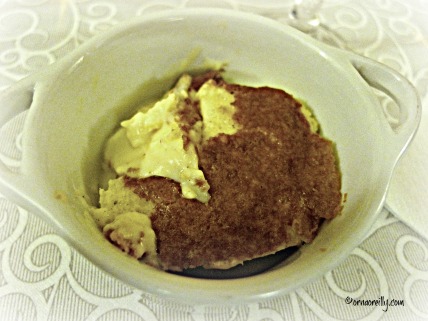 Full to the brim with food, wine and culture we bade farewell to our friendly guide Mimmo and our fellow bloggers, beginning a brisk walk back to our hotel at Piazza di Spagna and a welcome nap!

11 thoughts on “Winter in Rome: Trastevere for Foodies”