Writing My First Book: For Women!

Me with my new book

Last year, after twenty five years as a busy interior designer, I moved from Ireland to Italy to write full time. The fulfilment of a romantic dream I had cherished for more than a decade, it was a hard slog getting here. To begin with, I had to close down my business. Then I had to sell my home in Galway and move myself to The Euganean Hills near Venice. However, I persisted with my dream, in my usual single-minded way, and have now been here for just over twelve months.

I have also just had my first book published: Renovate & Redecorate without Breaking a Nail, now available on www.lulu.com

Years and years ago – well twenty two, to be exact – I began renovating many of the old, semi-derelict Portuguese mansions in Mozambique. Years of experience there, and in South Africa all through the nineties, taught me how to efficiently manage these large projects. When I returned to Ireland in 2000 I was already a dab hand at getting the most out of builders and their sub- contractors. Therefore, it seemed logical that I should continue my career in this vein. The upshot was that, although I managed the interior design of many, many new houses over the intervening years, my main focus remained on the renovation and redecoration of old houses needing a spot of TLC.

From a building site in Maputo, Mozambique

The Celtic Tiger years in Ireland were famous for their big flashy homes and I, like so many others, made the most of the incredible property boom. Show houses and even entire housing developments came together under my supervision and, I must admit, it was a great time to be an interior designer. But 2008 fell from the sky in the form of our Recession and we all heard the loud bang as the housing bubble burst. 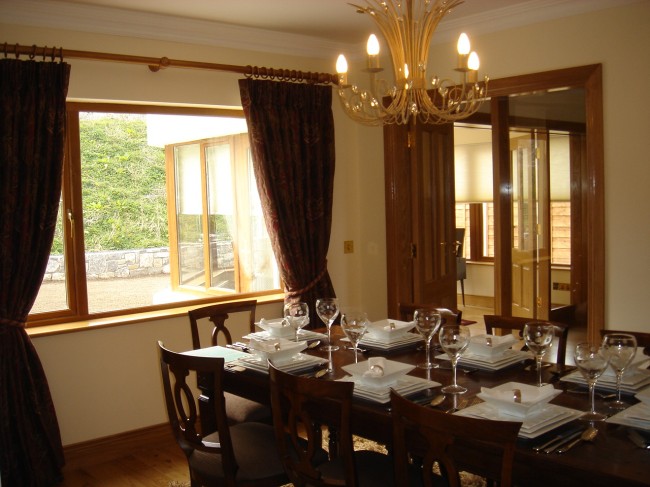 But I still had my dream to move to Italy, though in a slightly more modest way than I had previously envisaged. Now I cannot remember a more peaceful time in my life than this one. 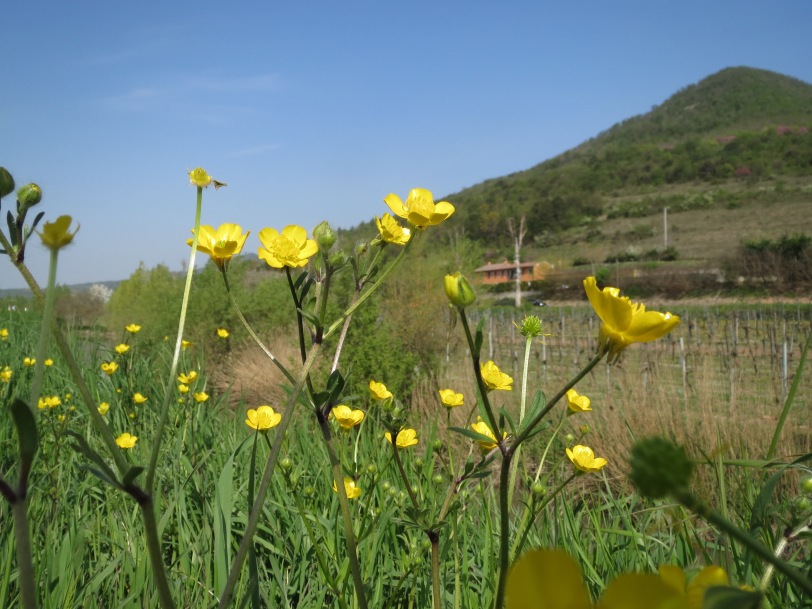 Buttercups in The Euganean Hills

My book “Renovate & Redecorate without Breaking a Nail” was written for women who, unlike me, haven’t spent more than twenty years on bleak building sites arguing with builders and climbing ladders in a hard hat.

My motivation for writing this book is a simple one: empowerment. After I entered the very interesting world of interior design and began to develop my client base, I became aware that most of my clients were of the husband and wife variety. Their roles were almost always very clearly defined: the male would involve himself with the building side of the project – at the beginning.  After his creative talent had been exhausted by involving himself in vital decisions such as the choice of central heating solutions and the erection of stone-clad gateposts, the wife/girlfriend would take over to supervise the “girlie” end of the business. This, to many men, seemed to mean choosing curtains, cushions and a few paint colours (to make the little woman happy).

On many occasions I was quite enraged to see the wife/girlfriend so dismissed and noticed their deep frustration at being obliged to take on the role of second in command, but unable to involve themselves due to lack of any technical knowledge whatsoever. I resolved to rectify this situation by writing this book, which explains everything in a straightforward way for those who are not technically inclined, but have organisational skills.

Here I have set about explaining the procedures involved in handling a building project without any male help/interference whatsoever. Many women would love to know how to march onto a building site and tell the builders and plumbers what to do. But lack of exposure to these “manly” pursuits has led to a dearth of women who can project manage a home renovation, or a new build for that matter.

This book explains the minutiae of how to put your home renovation together – alone. I am not saying that your husband or partner should be side-lined, but just think how satisfying it would be to be able to take charge and organise things yourself as you see fit.

I am hoping that this book will help all you ladies out there to take control of your own home renovations. If I can do it, so can you!

4 thoughts on “Writing My First Book: For Women!”