Dazzling early-morning sunshine greeted me as I pulled back the curtains of my hotel bedroom. The blue Tyrrhenian Sea off the port of Milazzo in northern Sicily glittered enticingly. Leaving by hydrofoil that morning, I was fulfilling a long-held dream to visit the island of Lipari. Unfortunately, I only had a day to spare but I had decided to make the most of it. 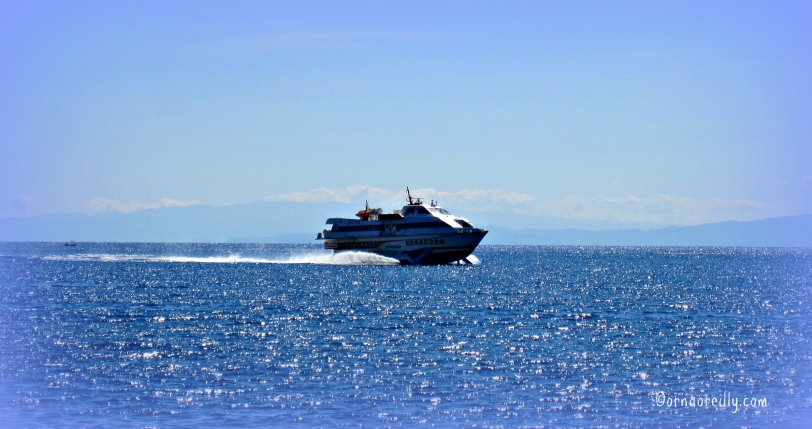 Arriving in the port-town of Lipari I was greeted by narrow unspoiled streets with lots of little shops and restaurants that were alive with locals and tourists. 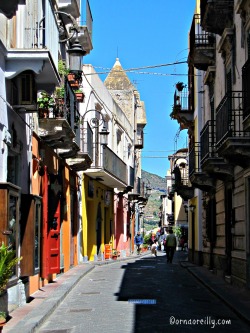 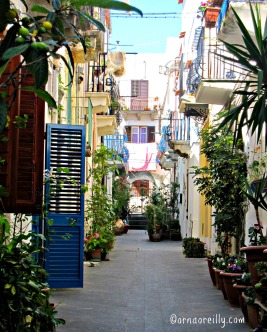 The atmosphere was relaxed in the extreme as I enjoyed a light lunch and wondered how to best spend the few hours ahead.

Ignoring the famous archaeological museum, which I will save for my next visit, I promise, and hiring a good-humoured and informative taxi driver/guide – there were plenty offering their services – I headed off for a round trip of the island.

The scenery was stunning. It was a clear blue day in early summer and I was fascinated to see that the islands of Salina and Vulcano seemed close enough to touch. 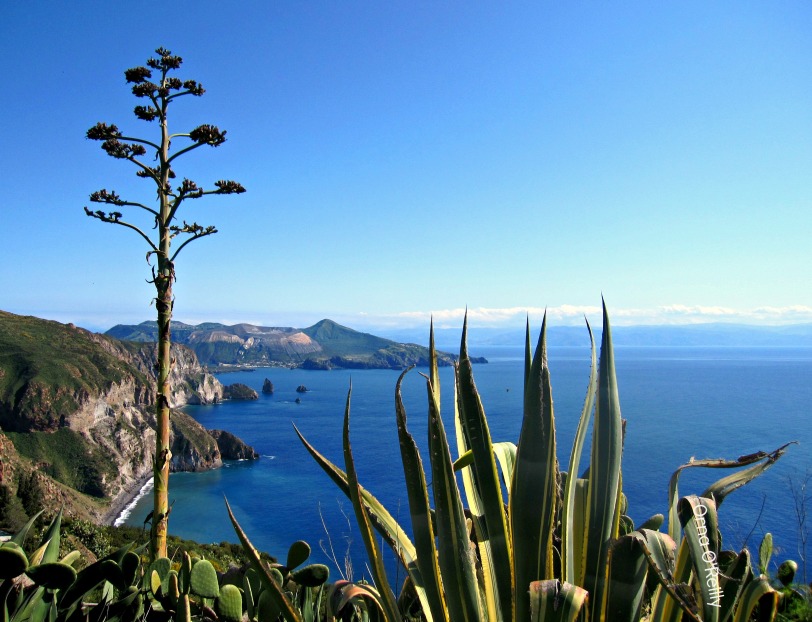 Lipari is the largest of the volcanic chain of Aeolian Islands in the Tyrrhenian Sea off the north coast of Sicily. Apparently, it is the only island in this spectacular group of seven islands that is alive all year round, though my cheerful guide assured me that he always hibernates between November and March and that the island is often cut off from the mainland by storms in winter.

From what I have learned, Lipari has a year round population of just over 11,000, which swells during the tourist season from May to September to up to 20,000 souls.

Driving north up the coast, we drove past the town of Canetto on the eastern shore and my guide stopped the car so that I could gape in amazement at a huge pumice mine.  Because of the volcanic eruptions over thousands of years, the island is rich in pumice and obsidian.

The island of Salina, whose great claim to fame is that it was the location for my all-time favourite movie “Il Postino” which was shot there, loomed ahead as we rounded the northernmost point of the island.

Heading south once more, the island of Vulcano, with its volcano-scarred landscape hove into view and we stopped for a few photos. 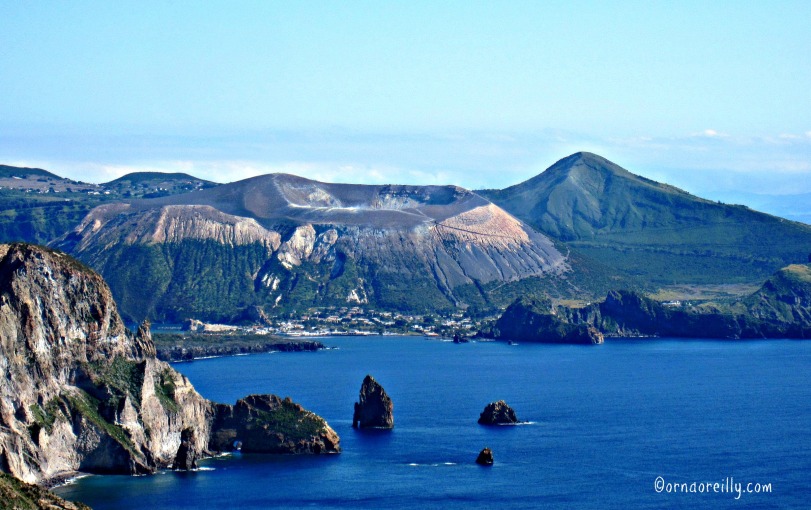 Back then to the town of Lipari and the ferry which took me back to the main island of Sicily promising myself a return visit as soon as possible. And not just for a day either!

7 thoughts on “Six Hours on Lipari”