A Foodie Easter in Rome 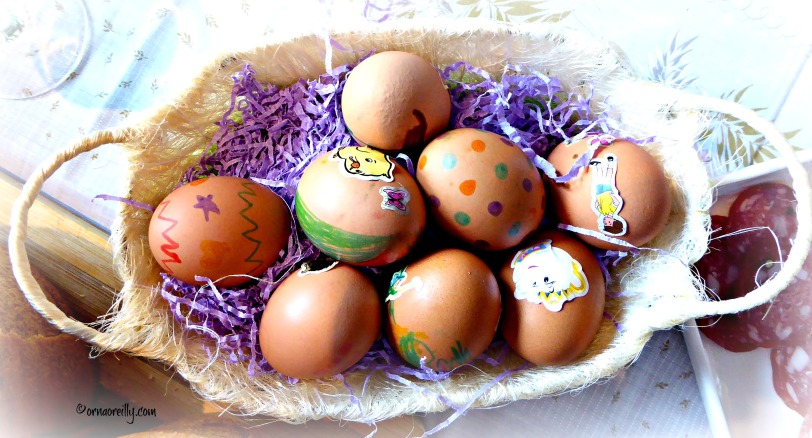 This year I spent my first Pasqua – Easter – in Rome. It was a feast that began on Sunday morning, continuing on into the late afternoon of Pasquetta – Easter Monday.

Driving down to Rome on the day before Easter, we checked into the Hotel Selva Candida and promptly went out for a fabulous Roman pizza. I love the pizzas you get in Rome; the crust is thin and they taste quite exceptional.

On Easter Sunday morning we arrived downstairs at our hotel to be greeted by Francesco, the owner/manager, to a traditional Pasqua breakfast buffet. 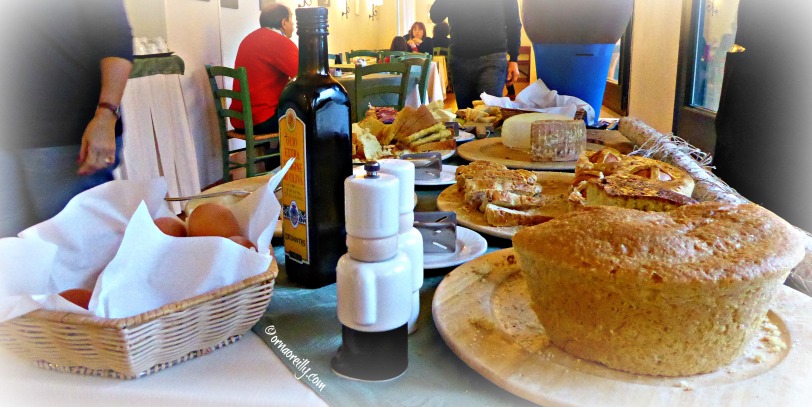 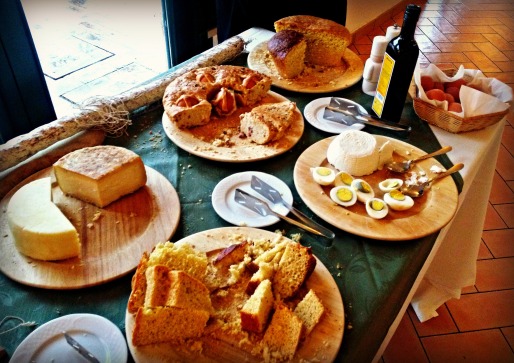 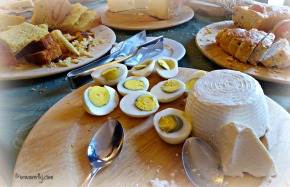 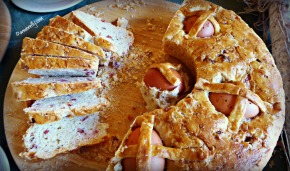 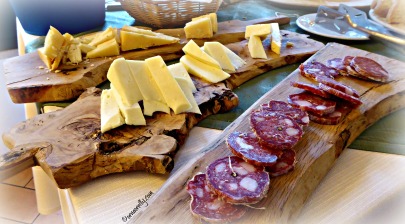 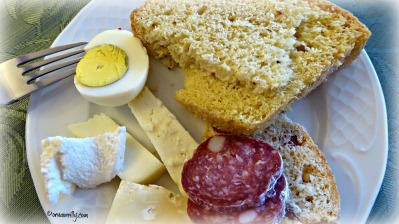 Arriving later that morning at the home of Allie and Maurizio, our Roman hosts, for our Easter lunch, which turned out to be a gastric continuation of the foodie marathon that had begun earlier with breakfast. Again, we began with antipasti of corallina salami, hard boiled eggs – some hand-painted in typical Pasqua fashion – and sweet and savoury Easter breads, called Pizza di Pasqua. For primi, the pasticcio – a type of lasagne filled with fresh asparagus – was delicious. Served next was a tasty little dish called coratella di agnello – lamb pluck – which was not necessarily for the faint-hearted. But, hey, when in Rome and all that……….Then it was vitello – veal – with caramelised onions and fresh asparagus. This was followed by a fabulous crostata di frutta – fruit tart. 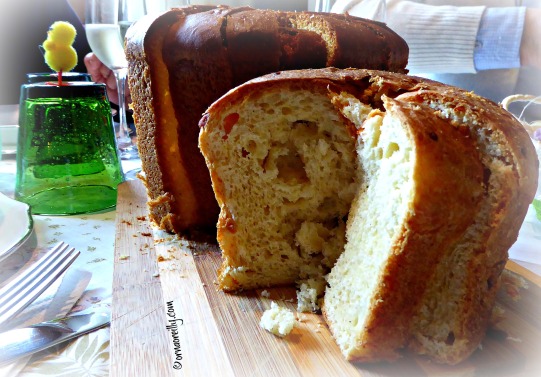 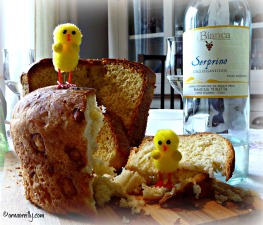 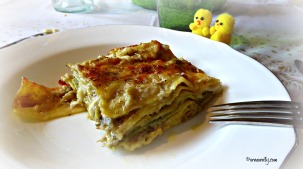 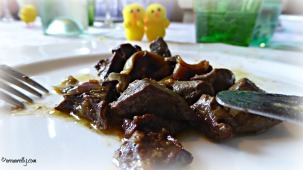 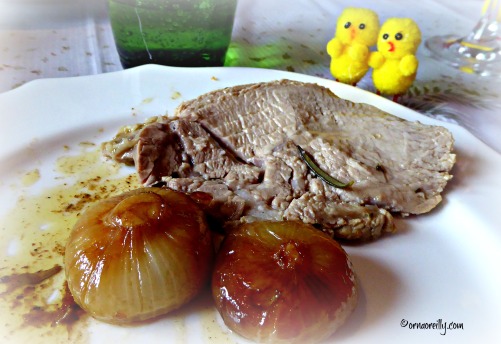 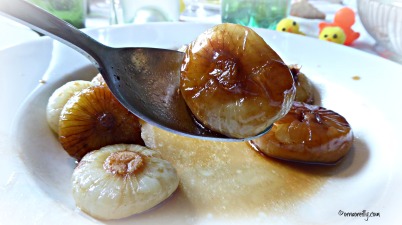 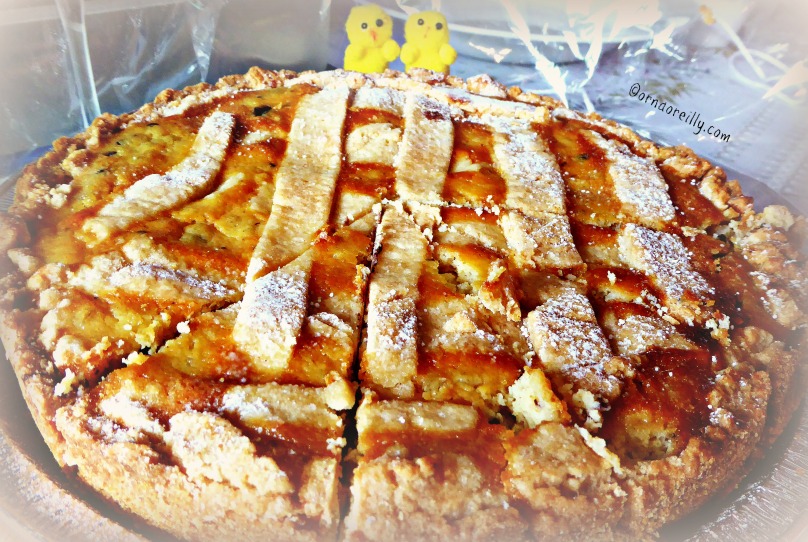 Pasquetta – Easter Monday – heralded in a further day of feasting. This time we visited the wonderful Roman family of Giancarlo and Mila, and about thirty of us sat down to a big lunch in the cantina downstairs, where Giancarlo’s prize vintage car happened to be parked off to one side. The open fire was used to grill the various meats and sausages – for grigliata mista – mixed grill. 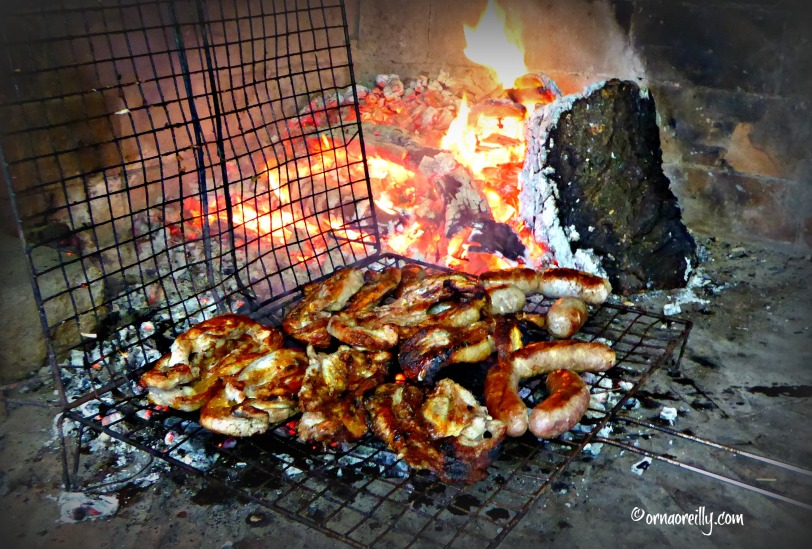 Meats on the open fire

The lunch opened with antipasti of corallina salami, cotechino and olives in sundried tomatoes. Primi consisted of penne rigate with tomato and pepper sauce, to which many of us added some super-spicy oil to give it that extra bite. Secondo consisted of the, now cooked to perfection, grigliata mista from the open fire followed by a green salad. Then it was time for dolci which consisted of fresh pineapple and strawberries, plus a big, white Campana di Pasqua – Easter bell cake – plus crostata and colomba – a traditional Easter cake shaped like a dove. Colomba is, apparently, made to the same recipe as panettone – Italian Christmas cake. 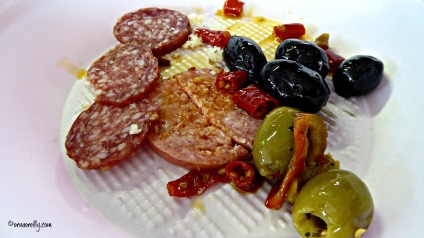 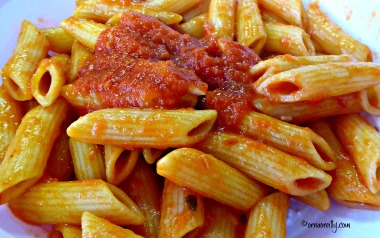 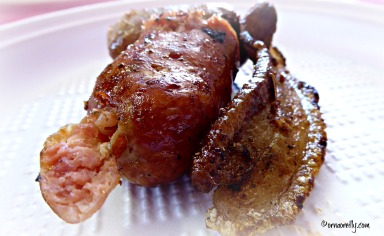 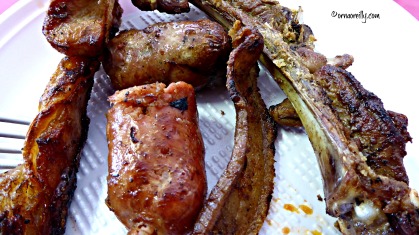 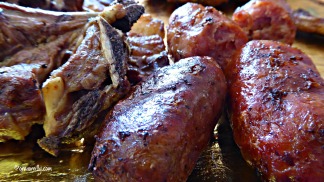 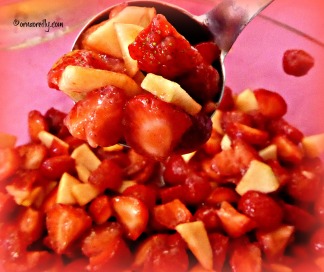 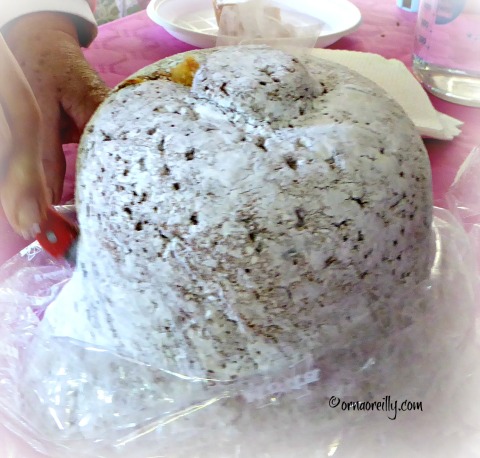 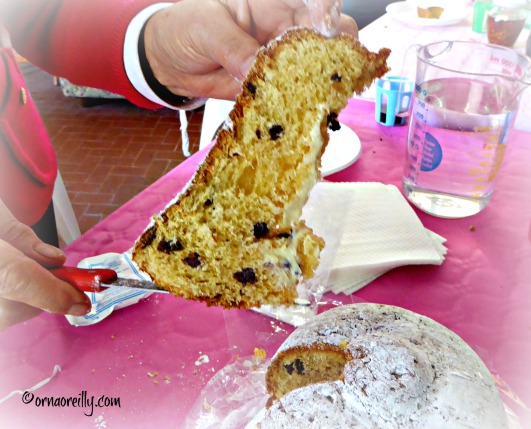 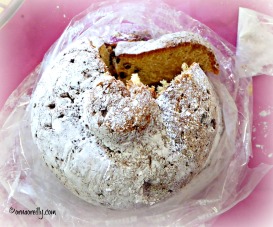 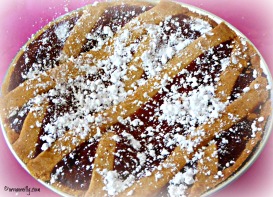 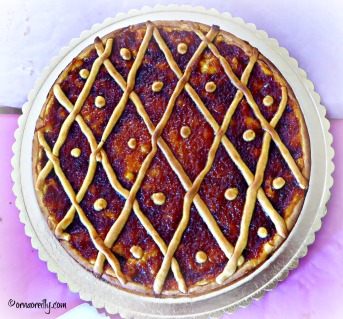 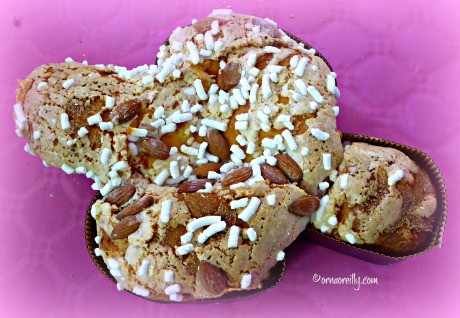 Of course, no Easter would be complete without a few chocolate eggs, of which there were plenty.

The feasting wound up late in the cool, sunny afternoon with all the many children running around the garden together and lots of lovely friendly chat with the wonderful Romans who had made my Easter so special.

It took a few days for my original shape to return after all the feasting, but it was truly a foodie Easter for me.

17 thoughts on “A Foodie Easter in Rome”