On the Beach at Lido di Jesolo

Lido di Jesolo is a seaside resort close to Venice in northern Italy. I had heard about it a thousand times over the years and, somehow, I had never actually ventured there. Up until recently, that is. Living as I now do in the Veneto, it is just over an hour’s drive away from home and, when we felt in need of a week on the beach to soak up the sun, we decided that Lido di Jesolo was the perfect place for us. 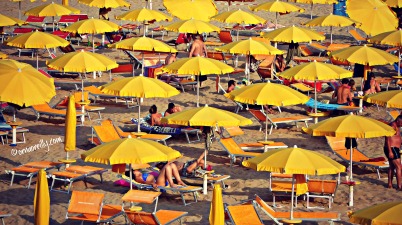 Packing beachwear, books and sun cream we drove up the autostrada (motorway) and pointed the nose of the car across the typical coastal flatlands towards the Adriatic Sea with its endlessly wide beaches.

Our hotel was easy to find. Right on the beach, Villa Sorriso had been highly recommended by our friend Stefano as a family-owned-and-run hotel with a really great kitchen, so we were eager to try it out. Shown to a gorgeous mini-suite with a balcony overlooking the beach, we unpacked and set out on our travels to explore the 15km long lungomare (promenade) fronting the beach.

At night the main thoroughfare was busy and the colourful shops stayed open until late at night. 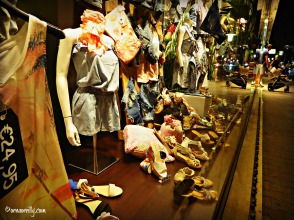 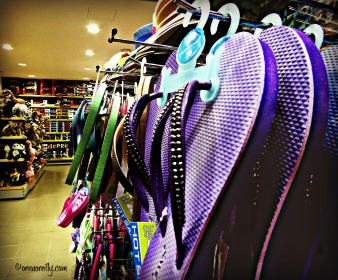 Unfortunately, the hotel dining room was not open for dinner every night – just three nights of our week there – so we had to forage for ourselves on the other evenings. Fish was on every menu and we tasted delicious branzino (sea bass) orata (sea bream) gamberetti (prawns), capesante (scallops) and tonno (tuna), among many others, all beautifully prepared in a variety of restaurants along the busy main thoroughfare. 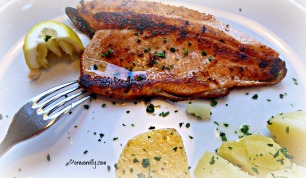 Nothing, however, compared favourably with the fabulous food prepared by our chef Costa at Villa Sorriso. Seriously, it was superb. 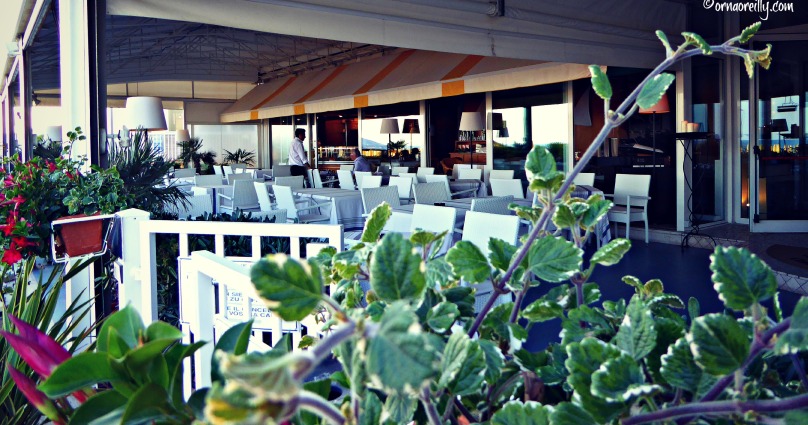 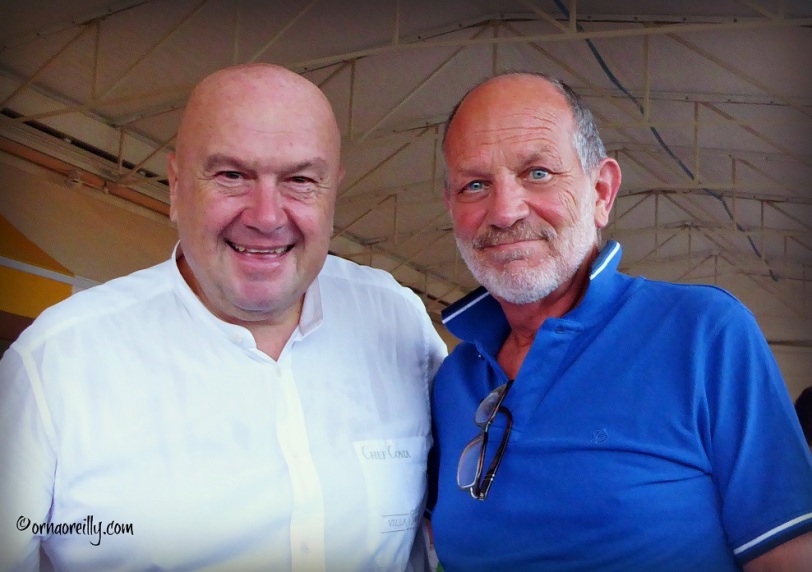 Every morning we went out for an early walk. Many of you may think that we were crazy to be up and out just after 06.00am, but summers here are just too hot for walking later on so first thing every morning we threw on our walking shoes, shorts and T-shirts and away we went down several kilometres of lungomare, populated by other energetic walkers and joggers.

There is nothing quite like an early morning walk to make one feel virtuous, so on our return we were able to attack our delicious breakfast with gusto and clear consciences.

On one particular morning we decided to borrow two of the hotel bicycles and pedal our way down to the lighthouse which goes by the name of Faro di Piave Vecchia at the far end of the resort. Though it had been many years since either of us had thrown a leg over a bicycle seat and my companion actually fell off when we arrived back at the hotel while trying out a tricky manoeuvre (turning sharp right!), it was well worth the risk to life and limb. 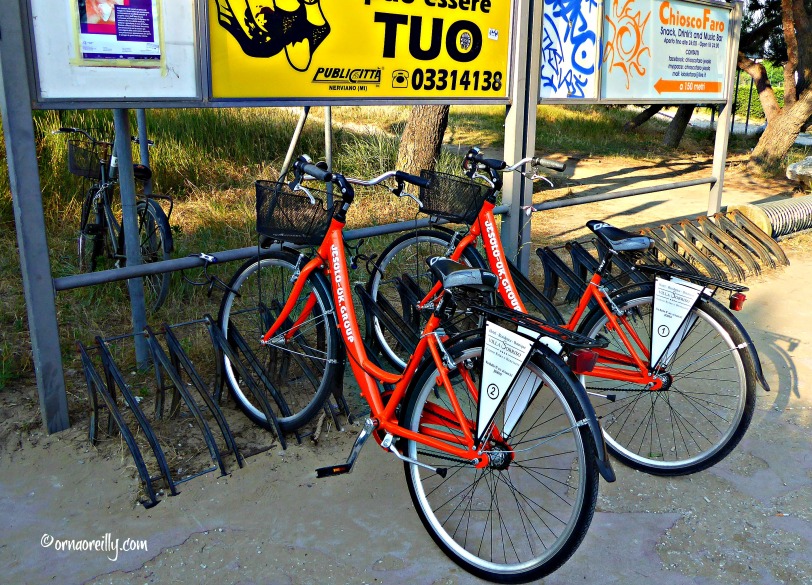 We stopped at the side of the river opposite the lighthouse and enjoyed the peaceful sight of fishermen on the rocks overlooking the mouth of the inlet before heading back to our hotel. 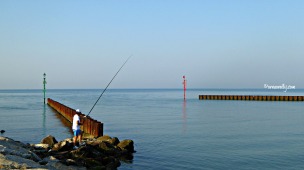 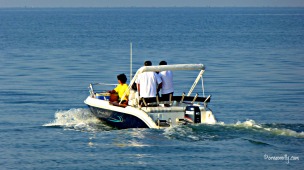 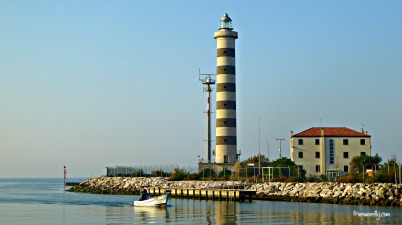 On another day we hired a pedalo and pedalled energetically out to sea, where we had a splendid view of the beach from a different vantage point.

Our last day was a Saturday and a rehearsal took place for an air show which was due to happen the following afternoon. We stood on the hotel balcony – cameras at the ready – and enjoyed the spectacle. The Frecce Tricolori performed their aerial gymnastics with vigour; little aeroplanes darted daringly through the sky and a loud fighter jet zoomed low over our heads, afterburners blazing and causing terrific vibrations which made me give a few involuntary squeals. Little did we know at the time that we were extremely lucky to have seen this rehearsal, as the real thing was cancelled the following day due to huge thunder-storms. 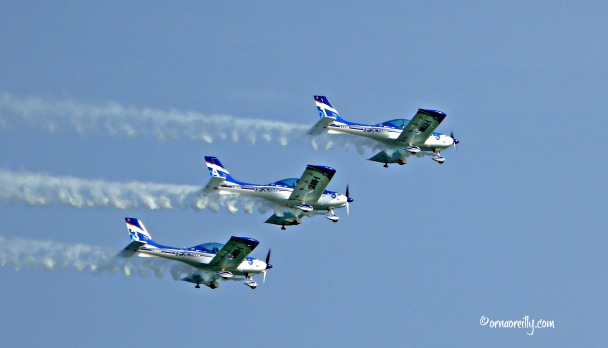 Heading home in the teeming rain with lightning crackling on the horizon and loud rumbles of thunder to keep us company, we were joined in a massive traffic jam by the thousands of disappointed air show spectators who were also on the road at the same time.

But nothing could dampen our spirits after our wonderful week in Lido di Jesolo where we had the very best of times.

15 thoughts on “On the Beach at Lido di Jesolo”