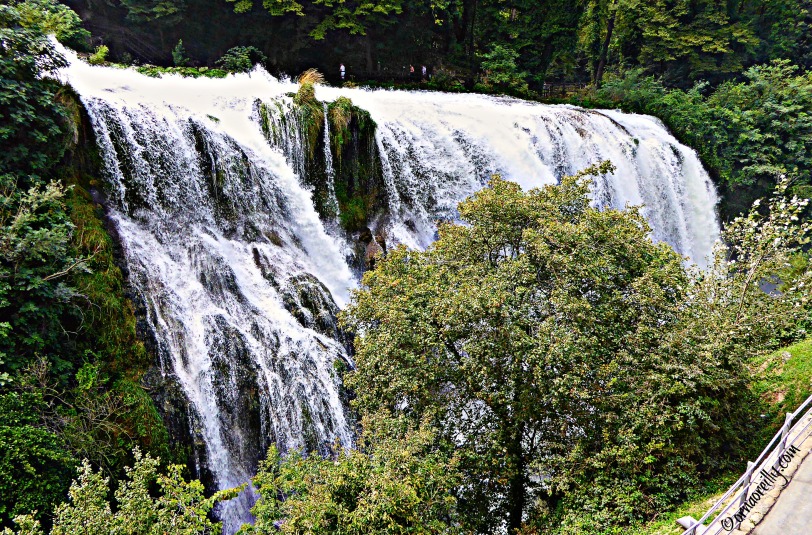 Truffles: how I love them! Just the smell alone is enough to make me crave some pasta with grated truffle on top.

When Tom Weber, The Palladian Traveler, and I were invited to spend a weekend savouring the delights of the Terni area of Umbria, the first thing I thought of was the wonderfully hearty Umbrian food, its robust wines and, of course, its famous truffles.

We were invited to Terni, home to the famous Marmore Falls (pictured above) in Umbria by GAL Ternano – Terni’s Local Action Group – who were promoting the delights of this lovely region. Their emphasis is on its history and its spectacular landscape – a mecca for agriturismi (farmhouse-type accommodation) – plus the typical foods and wines produced locally.

Our arrival time was arranged for 17.00 at Ristorante Piermarini in the little town of Ferentillo. Arriving punctually, Tom and I agreed that we were extremely interested in the idea of a visit to Piermarini, as this is the restaurant which was recently chosen by Eataly to represent the Umbrian region at EXPO 2015 in Milan. Famous for its truffles and cooking school, Piermarini is nestled in idyllic pastoral surroundings, just outside the town.

The farm of the Piermarini family – Primo and Paola along with their daughter Carol – also produces high quality olive and black truffle oils, as well as farro (wheat grain, also known as spelt) and lentils. They have one thousand olive trees on their farm.

The cooking school is very popular and at the end of the classes the students move to the dining room where they sit down to taste the dishes they have created during the class. These dishes are paired with suitable local wines. There are even classes for children as young as five years old.

Apparently, the best months for truffles in Umbria are January and February and the Piermarini family organise truffle hunts with their highly trained dogs, followed by cookery classes on how to cook truffles. 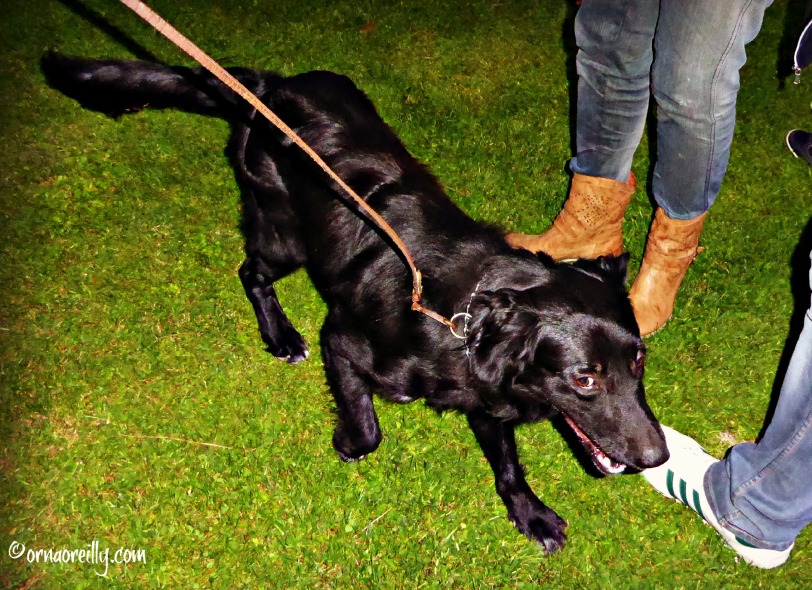 Primo demonstrated how to make tasty pizza-type tomato bread, then effortlessly whipped up a batch of picchiettini pasta.

Escorted into the kitchen, we were shown slabs of vacuum packed truffle, which had been grated and frozen. To cook them, Primo warmed some olive oil with big cloves of garlic – which he subsequently removed – and the thawed, vacuum packed truffle was then mashed into the warm oil. This was served up later at dinner with the picchiettini. Delicious! 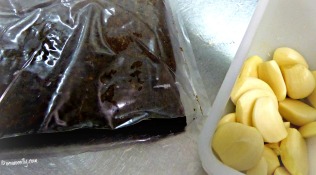 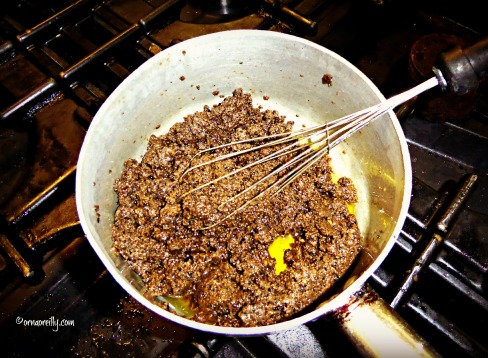 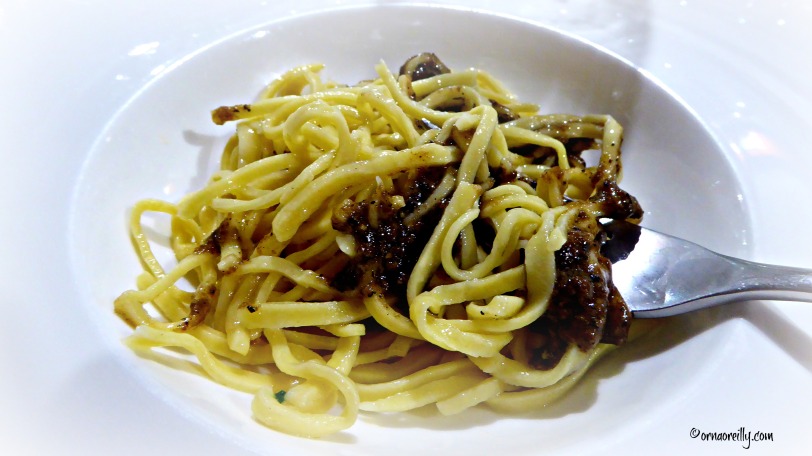 Tom chatted to Paolo Silveri, who has been mayor of Ferentillo for the past eleven years, 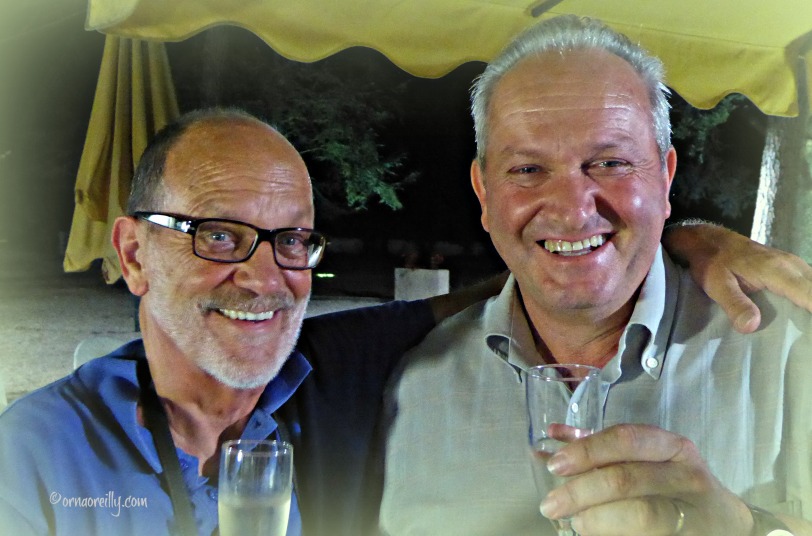 plus various dignitaries from GAL Ternano, including its president Albano Agabidi.  They told us how they had been restoring monuments locally and have restored 180 over the past ten years. They are especially proud of the frescoes in Arrone, which were, happily, on our schedule for the following day.

Overtaken by hunger, after seeing all this incredible food being prepared, we queued eagerly for some prosciutto crudo – which had been cured on site – carved by Primo himself.

Our wonderful home-produced dinner consisted of lentil soup (of course, it’s Umbria) with olive oil; the aforementioned picchiettini with truffles; roasted pork with vegetables and a medley of desserts.  We drank Trebbiano Spoletino, which was a perfect pairing.

Stay with me for a series of blogs on Umbria, which I will bring to you over the next few weeks.

22 thoughts on “Umbria: Welcome to Terni”