Living in Italy, Tom and I regularly travel to Rome by train from Ostuni to visit family. As everyone knows, it’s a fascinating city, but, having seen all the major tourist sites long ago, more recently we decided to concentrate on the lesser known, less crowded, but just as interesting, places to explore.

Did you know that every day at noon a cannon booms out over Rome from the Janiculum Hill?

Go to the wall at the overlook at Piazzale Giuseppe Garibaldi, with its breath-taking views of The Eternal City, and you will see a large cannon being wheeled into position just below. It is fired on the dot of noon, followed by a cacophony of church bells.

Take a wander around Trastevere, a medieval neighbourhood in Rome on the west bank of the River Tiber. Its narrow cobble-stoned streets are lined with ivy-covered artisan shops, bars and restaurants and are full of bohemian atmosphere. 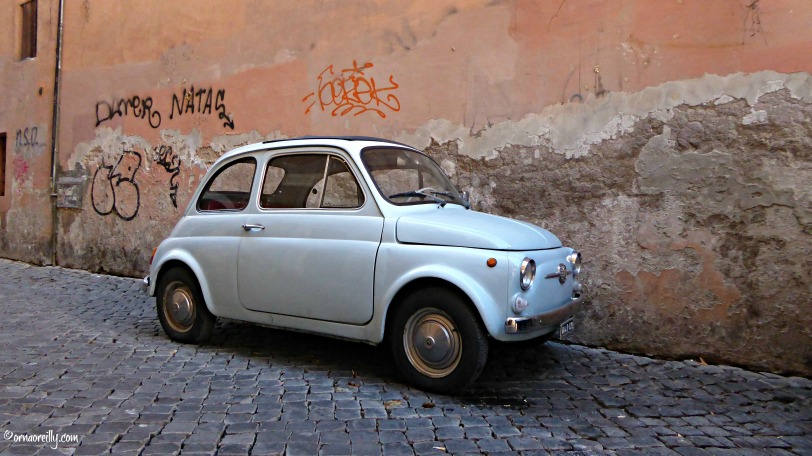 Trastevere is famous for its food and lively nightlife. As you walk along the cobbled streets, try a mouth-watering supplì. A typical Roman street food served hot it consists of deep-fried balls stuffed with rice, mozzarella cheese and tomato sauce.

Strolling onwards, visit the colourful local market where you can marvel at the enormous aubergines, oranges, lemons, persimmons and pumpkins.

Lunch might be another typically Roman dish: Cacio e Pepe which is pasta cooked ‘in bianco’ – meaning that it is tomato free – and flavoured with cheese and pepper.

And don’t forget that the Roman pizza is, in my opinion, the best in Italy, with its thin, crispy crust.

Walk along the River Tiber, the heart of Rome.

The old Roman Ghetto is well worth a visit. As we walked, we passed several brass inserts in the pavements. These are sad reminders of various Jewish inhabitants who were taken away during WWII, never to return. 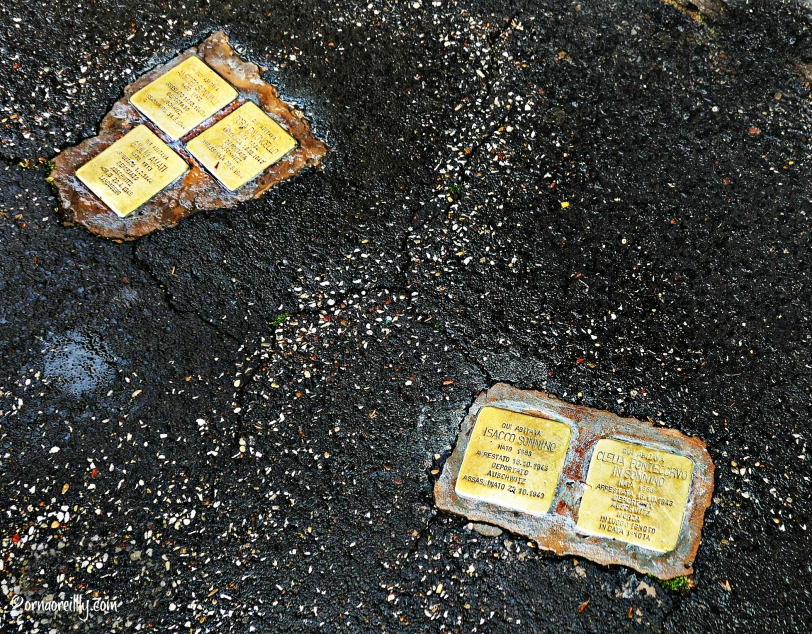 This area is home to many wonderful restaurants. If you stop for lunch and artichokes are in season (approximately March/April/May), order some crispy, delicious Carciofi alla Giudia. These are cooked in the Jewish method: flattened and deep fried.

Exiting the Ghetto, you will arrive at the Portico of Octavia and approach the outer walls of the Theatre of Marcellus, past the ruins of the Temple of Apollo Sosianus. 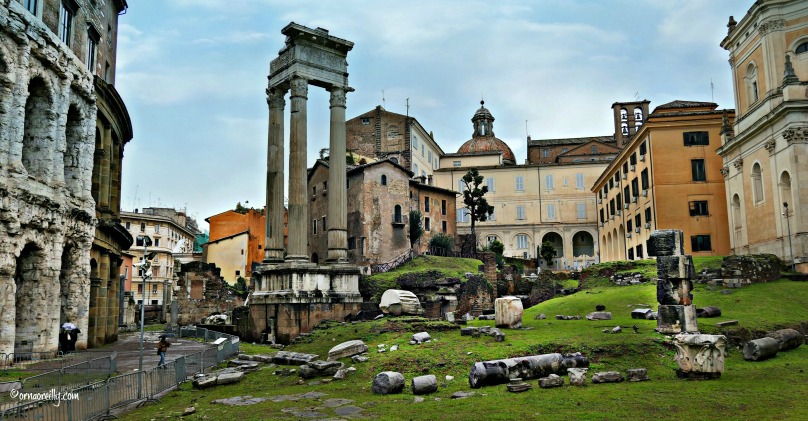 Teatro Marcellus and Temple of Apollo

Take a stroll in the Villa Borghese Gardens. These gardens comprise myriad paths, lawns ponds and buildings. One of these is the Galleria Borghese, which should be booked in advance to avoid disappointment. The gardens are the third largest public park in Rome at 80 hectares. They are located at the top of the Spanish Steps and close to Piazza del Popolo. There is a wonderful view of Rome itself from the south of the park. 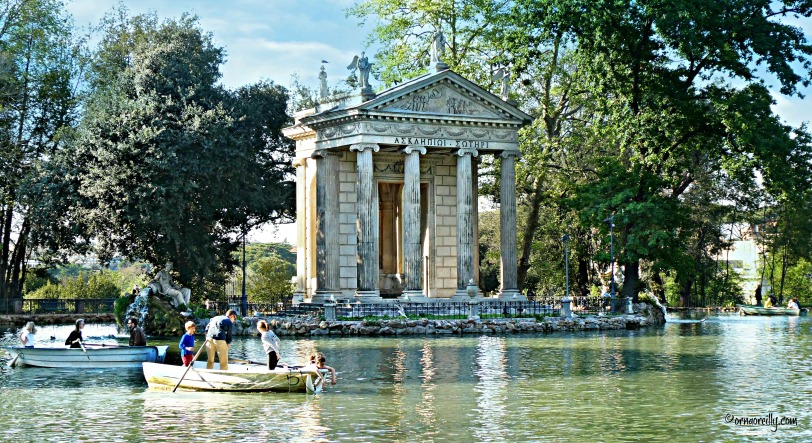 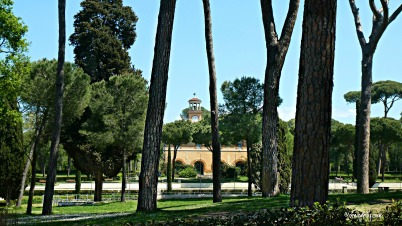 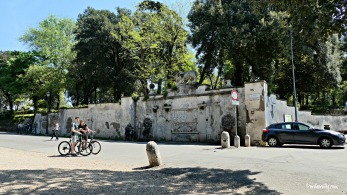 Within walking distance of the gardens, you will find a strange and beautiful group of Art Nouveau houses called Quartierè Coppedè. Named after the architect Gino Coppedè, who designed its approximately 40 buildings, it now houses several embassies. I find this little neighbourhood intriguing. Set your Satnav for Piazza Minchio and off you go. 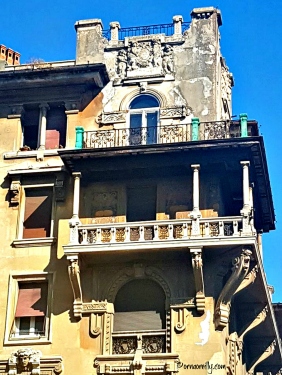 The Appian Way stretches from Rome to the port city of Brindisi in Puglia and is a must see. We exited the city through Porta San Sebastiano and arrived at the ancient Roman Road, beginning our stroll close to the tomb of Roman noblewoman Cecilia Metella. From there, we walked on a stretch of the large stones which made up the original Appia Antica. These were laid in 312 BC and I was excited to know that I was actually walking in the footsteps of the Roman Emperors and St. Peter.

Parco dell’Appia Antica is now a regional park incorporating the first 12 kilometres of the Appian Way and its many monuments. Part of this park close by and off the tourist beat, is Parco degli Acquedotti (Park of the Aqueducts). Just eight kilometres from the centre of Rome, near the airport of Ciampiano, it is a public park full of ancient aqueducts, the most striking being the Aqua Claudia, commissioned by the Emperor Claudius. There is a golf course, tennis courts and it is frequented by walkers and joggers, but it is a quiet spot and I felt as though we were miles from anywhere, out in the countryside.

If you feel like travelling a little way out of Rome to explore further, Cascata della Mola is a series of pretty waterfalls near the town of Isola Farnese, about 45 minutes north of the city centre. Arriving there with family, we strolled past the falls and through a small forest, exiting onto a dirt track which seemed to head to infinity. This was the Via Francigena, part of an ancient pilgrim route stretching from Canterbury via France to Rome and on to Puglia, en route to the Holy Land. 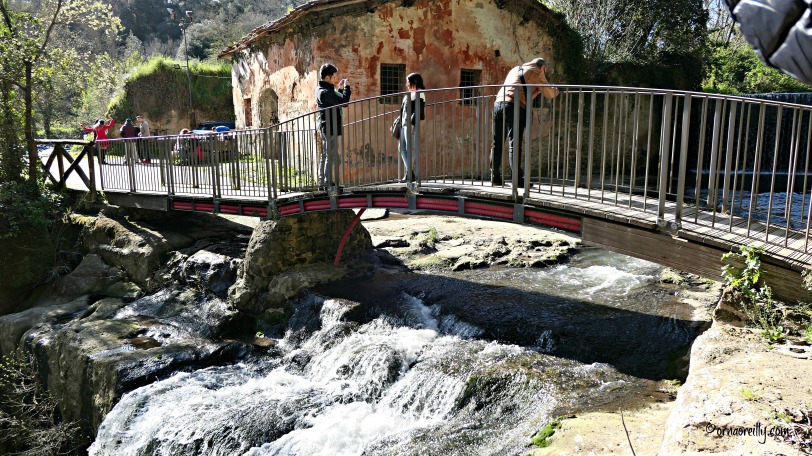 Another trip that I loved was to the town of Tivoli high on the slopes of the Tiburtini Mountains less than an hour’s drive to the east of Rome.  Visit the fabulous gardens of the Villa d’Este, Hadrian’s Villa and the Temple of Vesta.

Close to the famous Colosseum……

……there are three Basilicas quite close together. If you are interested in ancient mosaics, these are for you.. 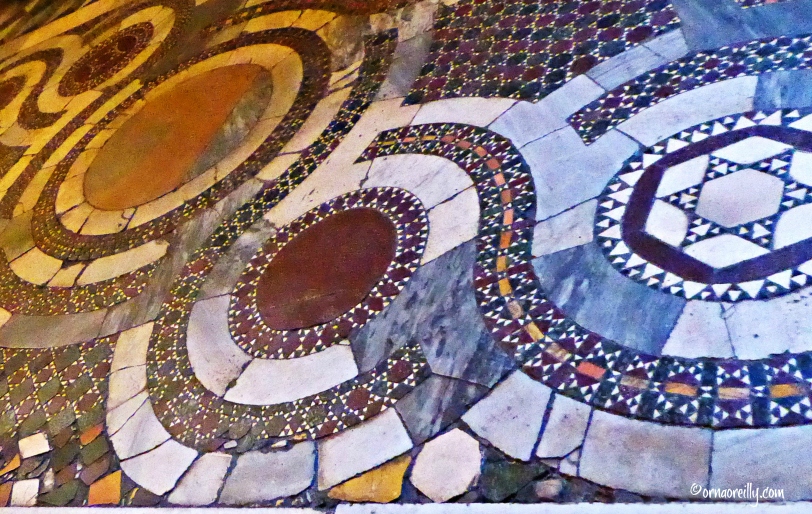 They consist of the Papal Archbasilica of St. John Lateran, the Basilica of St. Clemente and The Basilica of Santi Quattro Coronati. If you are in the area of these Basilicas, do pay a visit to the Papal Shrine of the Holy Stairs, which may only be climbed by the faithful on hands and knees. 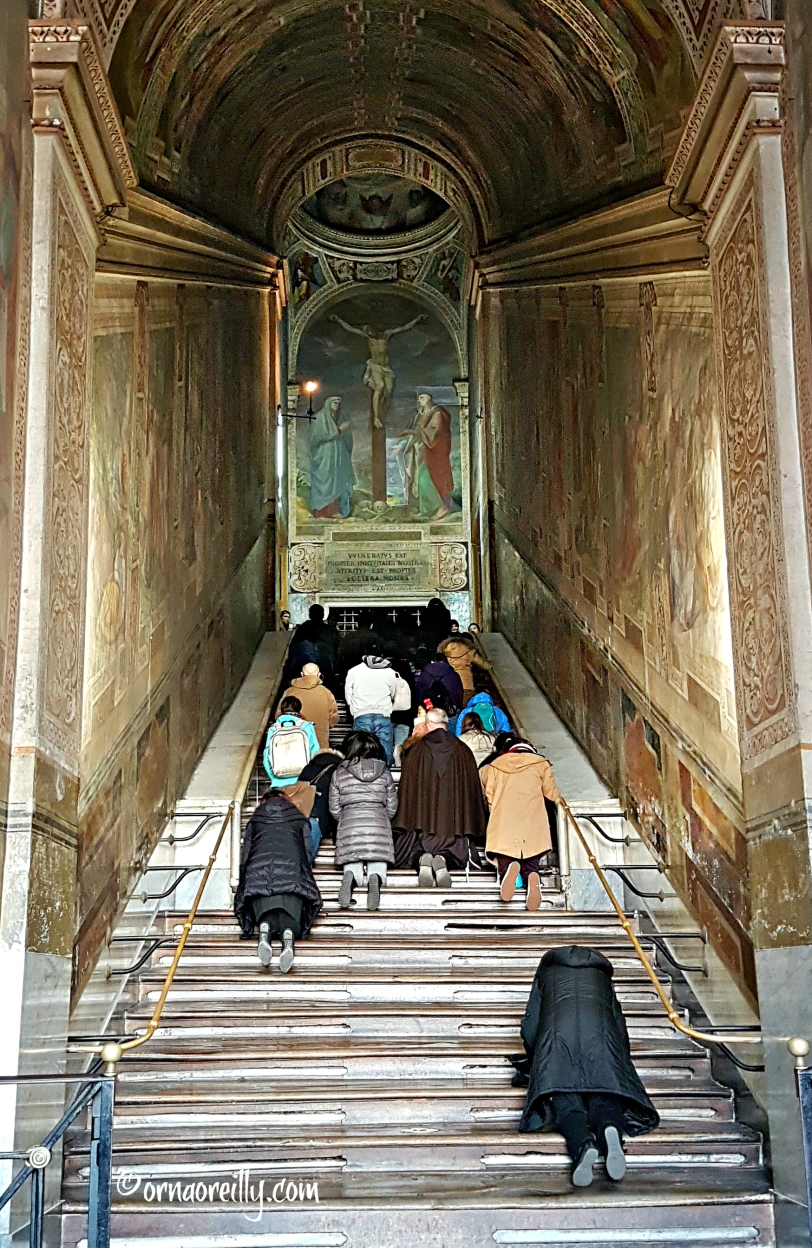 If museums are your thing, Palazzo Massimo alle Terme is located near the main railway station. It has four floors dedicated to a collection of rare wall frescoes and mosaics that have been recovered from ancient Roman villas. There are gorgeous reconstructed rooms from Villa Livia and Villa Farnese. 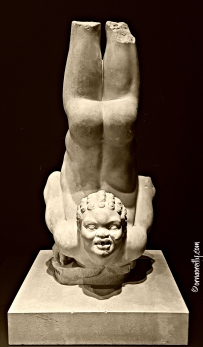 If you find yourself stuck out at Fiumicino Airport with a delayed or cancelled flight and have a few hours to spare, take a trip down to the busy port close by. There are always fishermen on the rocks and plenty of fishing vessels to see as you stroll down the long jetty. 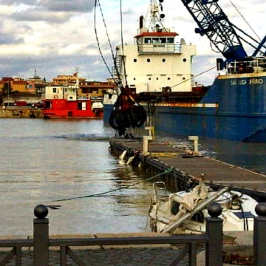 As the sun sets on The Eternal City, don’t forget that Rome boasts a fashionable cocktail culture. Stop at a bar and sit outside to watch la passeggiata, that traditional evening stroll beloved of Italians, while sipping a Negroni or an Aperol Spritz.